Chiropractic care is essential for the pregnant mother. Her systems and organs are now providing for two and their optimal function is critical for the a healthy pregnancy and birth. The mother's spine and pelvis undergoes many changes and adaptations to compensate for the growing baby and the risk of interference to her nervous system is increased. Specific chiropractic care throughout pregnancy works with enhancing nervous system function which in turn affects many systems of the body.

Another important reason for care throughout pregnancy is to help establish balance in the mother's pelvis. Because of a lifetime of stress and trauma to her spine and pelvis, her pelvic opening may be compromised. Williams Obstetrics Text tells us that, "Any contraction of the pelvic diameters that diminish the capacity of the pelvis can create dystocia (difficulty) during labor." They further state that the diameter of the woman's pelvis is decreased when the sacrum is displaced. Dr. Abraham Towbin, medical researcher on birth tells us that the bony pelvis may become "deformed" this way by trauma. Chiropractors define this displacement/ deformation as spinal misalignment or subluxation primarily caused by the stress of trauma.

Additionally, these compensations to her spine and pelvis during pregnancy are likely to cause an imbalance to her pelvic muscles and ligaments. The woman's pelvis supports her growing uterus with specific ligaments. If the bones of the pelvis are out of alignment or subluxated, this will directly affect the way the uterus will be supported. Unequal ligament support of the uterus may create undue tension in the uterus and subsequently compromise the optimal room for baby development.

In some cases, this decreased room restricts the baby's positions during pregnancy adversely affecting his/her developing spine and cranium. Additionally, these limitations on the baby's movement during pregnancy may prevent him/her from getting into the best possible position for birth. Any birth position other than the ideal vertex, occiput anterior position of the baby may create a more difficult labor and delivery leading to longer more painful labors with increased medical interventions in birth. Often c-sections are resorted to and both the mother and baby miss the many benefits of a natural vaginal birth.

The Webster Technique, discovered by Dr. Larry Webster, founder of the ICPA, is a specific chiropractic adjustment to correct sacral subluxation. Used most often on pregnant women, this adjustment balances muscles and ligaments in the woman's pelvis, and may remove undue tension to the uterus. Growing awareness of this technique by pregnant mothers and birth care providers is demonstrating the increased demand for trained Doctors. Together we are providing significant contributions to the important goal of safer, easier deliveries. 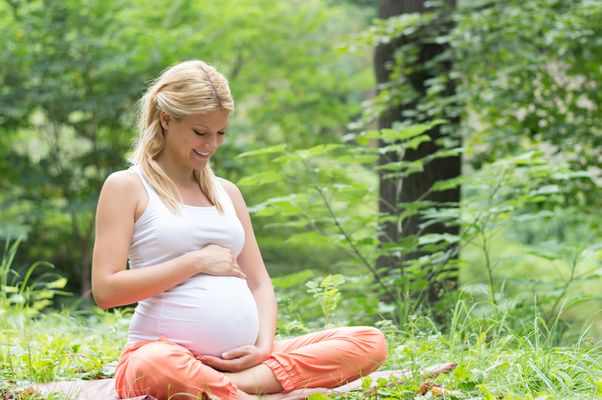 You have probably heard about the Webster Technique -- the chiropractic technique used in pregnancy to help optimize the mother's pelvic function. It was featured on the Learning Channel's hit series "A Baby Story." You have read about it inMothering magazine and Midwifery Today. You have probably read about it on the Internet, all over Face Book and in Pregnancy Chat rooms.You have heard it talked about by birthing professionals, mothers, other practitioners. and friends. But what is it?

The Webster Technique, was discovered by Dr. Larry Webster, founder of the International Chiropractic Pediatric Association (ICPA), in 1978. He developed it as a specific pelvic adjustment for pregnant women to help balance pelvic muscles and ligaments and potentially improve birth outcome. The first woman who came into his practice and had this technique applied, was pregnant with a breech baby. Shortly after beginning care, the baby turned to a head down position. Although Dr. Webster continued to offer this adjustment for all pregnant mothers in his practice, for those presenting breech, he claimed a 95% rate of these babies assuming a more optimal positioning for birth. This led to great interest by chiropractors, birth providers and mothers seeking options for safer, easier births.

In 2000, Dr. Jeanne Ohm along with Dr. Webster's widow, Connie Webster developed the Webster Proficiency Certification for the ICPA. By then it was hypothesized that this technique may positively affect the causes of dystocia as outlined by William's Obstetrics. In other words, finding a provider who is certified in the Webster technique and seeking care throughout pregnancy may have very positive effects on birth outcome.

The World Health Organization (WHO) proposed 15% as the highest acceptable limit for cesarean section rates. This figure was based on the cesarean section rates of countries with the lowest perinatal mortality rates in the world. Currently, the c-section rate has risen to mid 30% in the US. Decreasing the number of caesareans by minimizing the potential for dystocia, is a strategy that will have a wide range of Public Health impact.

Performance of the Webster Technique involves analysis of the relationship of the bones of the pelvis, and correction of aberrant neuro-biomechanics through the use of a light force chiropractic adjustment of the sacrum (Step 1). It also involves analysis and light contact to a supporting pelvic ligament. (Step 2). Both steps are intended to restore neuro-biomechanical function in the pelvis.

The Webster Technique is a specific chiropractic technique intended to establish neuro-biomechanical balance in the pelvis, and is well within the chiropractor's scope of practice. At no time does the chiropractor attempt to change the position of the fetus as is done in the medical procedure, external cephalic version (ECV).

Growing awareness of the Webster Technique is demonstrating the increased demand for doctors of chiropractic trained to perform it. Because of its ability to facilitate easier, safer deliveries, many birth care providers are actively seeking doctors of chiropractic with the skills in this technique. The ICPA recognizes those chiropractors who have achieved and maintained their certification with the ICPA. They are listed on the ICPA website with Webster after their name.

There's More to a Blender

There's More to a Blender